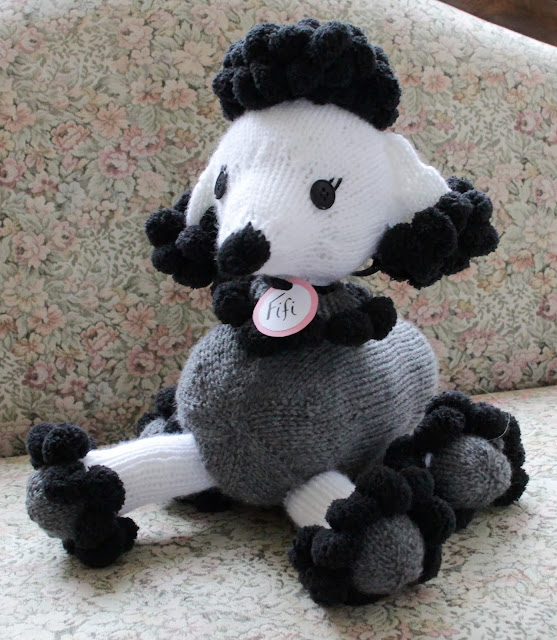 One of my favorite things about knitting gifts and requests for other people is that I often get to knit patterns or even create patterns that I very likely would not have attempted on my own. Such is the case with this knitted friend, Dominique Pomp-a-Poodle by Nancy Anderson, a free and very well-written and organized pattern available through Red Heart.

For crocheters, there is a crochet version of Pomp-a-Poodle!

Overall, this pattern seemed to knit up slowly, but the results are awesome. I knit a few less pompom rounds than the pattern called for, but otherwise followed the pattern as instructed. The pompoms are fun, though a little tough on carpal tunnel hands. The poodle's neck is not so stable as to consistently hold up the head (it will sit nicely when put down, though), so I would add some stiffer material when stuffing the neck if made again.

This poodle was born as a humorous gift to commemorate one of J's dad's long-time jokes. I therefore made a quick and easy name tag that reads Fifi on one side and Muffy on the other, as preferenced. The tag is made with cardstock and ribbon. 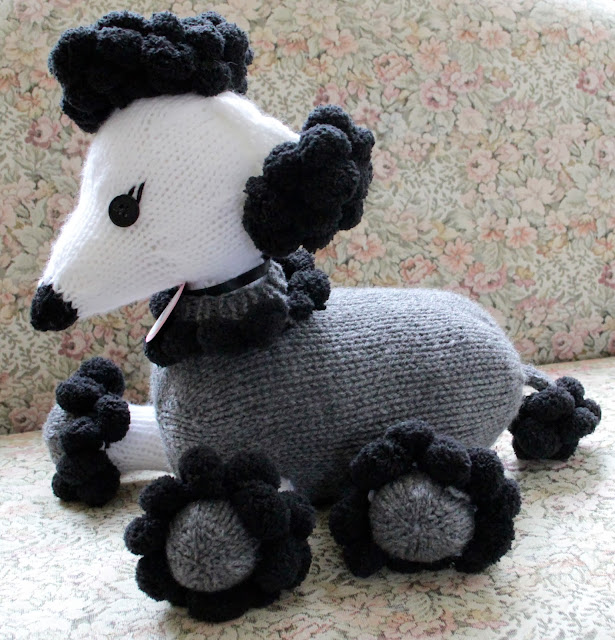 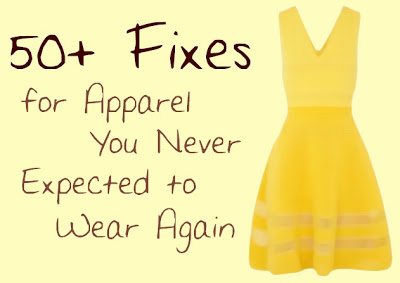 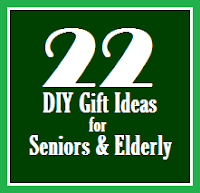